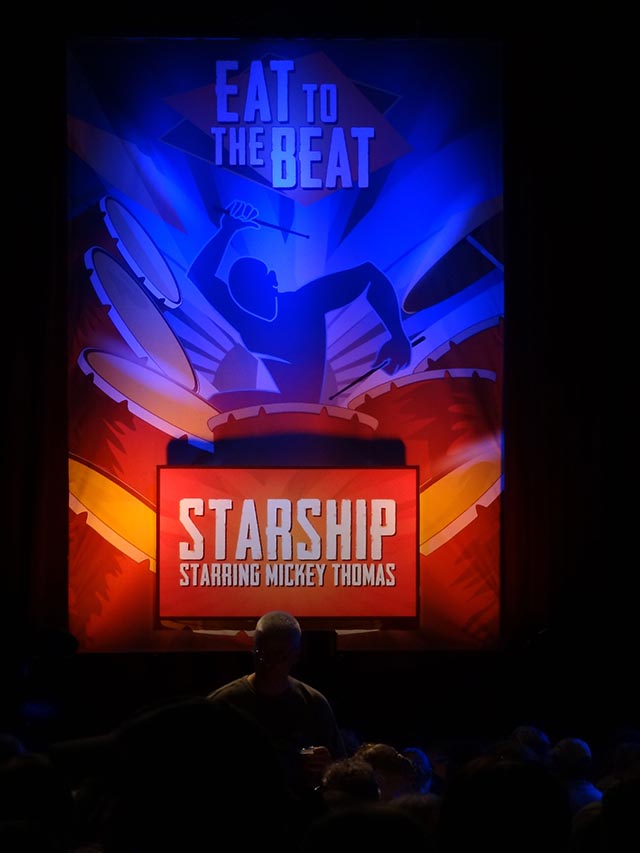 Yes, Dad’s singing again. Real loud. “Marconi plays the mamba, listen to the radio, don’t you remember, we built this city”. I just love that song. I’ve been singing that song for more than 30 years (or it just seems like 30 years since it came out in 1985), and I still sing it as good as Mickey Thomas.

Whew! That was fun.

This is what all the fuss was about

One of the things we love to do when we are in EPCOT is go to the American Gardens Theater and enjoy the concerts that go on there. Our first trip to EPCOT way back in the 80’s we came across a concert by one of our favorite artist, Toni Tennille, and yes, the Captain was there too. It was the highlight of our trip.

We always check to see if there is a show in the American Adventure Pavilion every time we go. (For years, it’s been the Candlelight Processional because we’ve been going at Christmas time and we never miss the Candlelight Processional.) This time we knew that we’d probably be able to see several different acts while we were at Disney World (we were going to be there 2 weeks). So we were excited when they released the schedule for Eat to the Beat (or at least I was, Mrs. Mom’s not as big of a music buff as I am).

Right on top of the list was Starship starring Mickey Thomas. Now, I remember Starship as Jefferson Starship and even Jefferson Airplane. Yes, I’m that old. I guess through the years they’ve changed names and some of the players have changed, but I can tell you for sure that Mickey Thomas was the original lead singer and he still sounds pretty much like he did on all those albums from so long ago.

One thing I hate when I go to a concert (and probably the reason I don’t go to too many live concerts) is that they sound nothing like they do on the radio or on their album. (This was a problem we experienced later when we heard Air Supply. The lead singer sounded OK, but the rest of the band wasn’t the same.) This wasn’t a problem with Starship. They sounded enough like the original that it was pretty good. (Sorry, Grace, but Stephanie’s White Rabbit was as haunting as yours.) 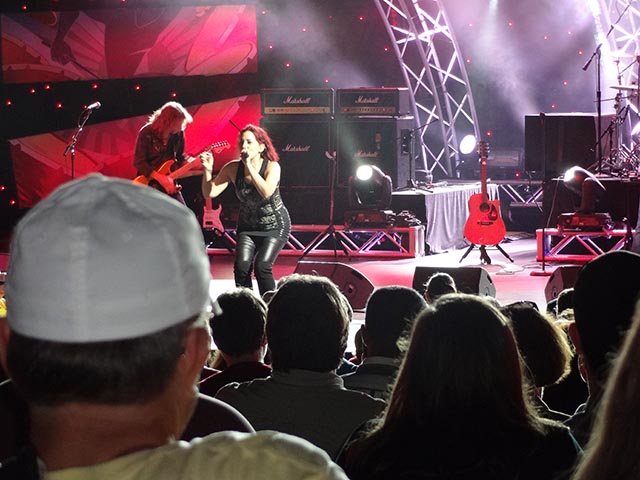 Oops, sorry, I’ve been rockin’ out to some Starship on YouTube. I’m back now.

What a great way to end our first night at Disney World. It even made my headache go away for a few minutes.

I do have to admit that this was the best show we saw at Eat to the Beat. I wasn’t really impressed with any of the others, but I still love going to concerts in the American Gardens Theater if for no other reason than they are the right price. FREE!!!!

We built this city … (come on sing with Dad)

What was your favorite concert experience at EPCOT?