“I have a family staying at a suite in the Art of Animation and they have invited us to travel at the same time. We only want a regular room and there are none are available at those dates at the Art of Animation. Will it be really challenging to coordinate plans if we stay next door at the Pop Century?” 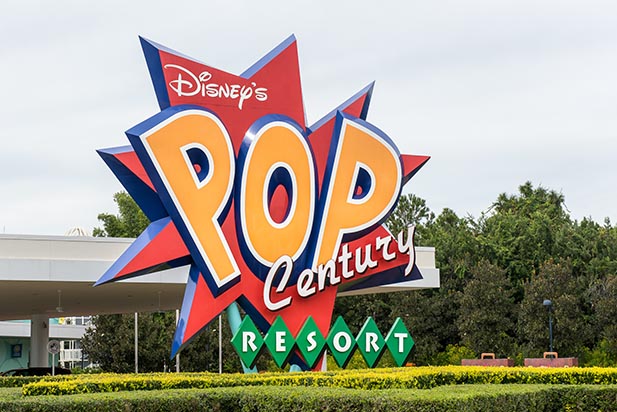 You can stay in the Pop Century – Photo by Laurie Sapp

You can walk, easily, from the Pop Century to the Art of Animation. There is even a bridge that ties them together. 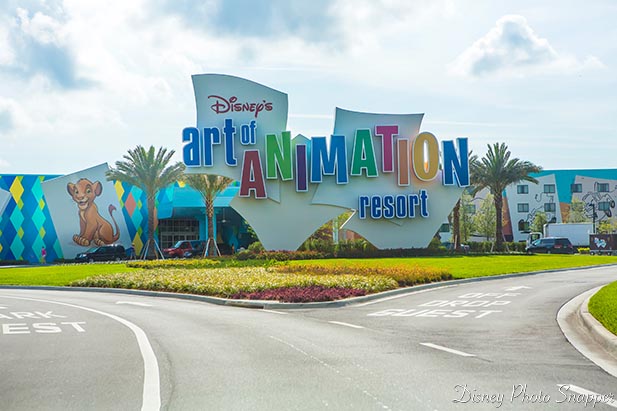 As to planning, you can coordinate to where you are meeting each day. Maybe it’s at the hotels, or you can even plan to meet at the park. For example you can say, “We’re going to meet at 8:30 at The Magic Kingdom.” Just be sure to be specific about where you want to meet. A good place would be at the sign where the buses are listed at the bus area.

Or maybe you meet at one of the hotel rooms, or at the hotel bus stop (just be sure to state which hotel). Or you can pick a place at the parks.

Just make plans to meet them at a certain place at a certain time, it’s not that big a deal. It’s really Simple.

You’re going to have to meet somewhere even if you’re traveling together and are in different rooms. One time with Mrs Mom’s family we were in four rooms right next to each other. We had to coordinate meeting times and places and we were all right together. It’s the same thing if you’re in different hotels.

Dad’s bottom line, it really is not that hard to coordinate meeting times and meeting places. Relax, it’s Fun. It makes it easier if you need to get away for a little bit. Don’t worry about it that you’re not in the same hotel. That’s not a big deal.