“Dad, we are going to WDW (staying on property WL) the last week of June, YAY!

I have never been to WDW anytime its too busy (I usually have good planning thanks to you!), but it just so happens that we will be at HS on the opening day of Toy Story Land. What should we expect as far as taking the Disney transportation bus to HS that morning?

I don’t want to wake the kids up super early and then we can’t enjoy anything because they had to get up at the crack of dawn just to get in. But my biggest concern is the park reaching capacity and us not being able to either get into the park or use our FastPasses and dining reservation.

We do have a FastPass for the Swirling Saucers (but not Slinky Dog), is there anything special we will have to do? I appreciate your help dad!”

It’s going to be crazy… but 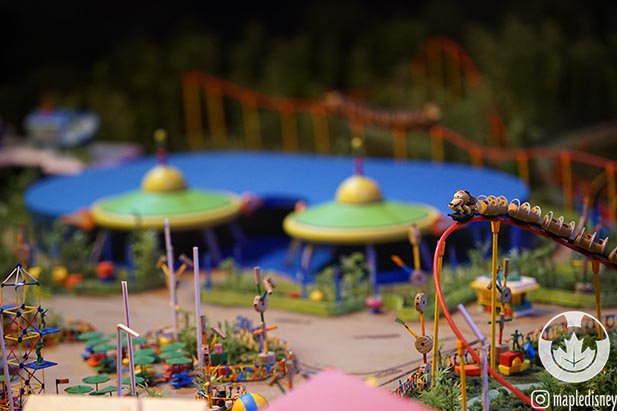 We are almost there. Just over a week from now Toy Story Land will open. It’s going to be CRAZY at Disney’s Hollywood Studios that day.

So here’s what I’ll say. I don’t think the Studios will close to new guests. Last year, when Pandora: The World of Avatar opened in Animal Kingdom the whole park did not shut down.

There was like a 4 hour wait to just get into Pandora, but the rest of the park was OK. I see the same thing happening for Toy Story Land.

Transportation will be OK. You might have to wait for a couple of buses (or 4), but you’ll get there.

What that means for you, I would get to the park absolutely as early as possible especially if you want to ride Slinky Dog Dash. The line for that will be 3 hours long minimum. All day. Probably more. The earlier you get in line for Slinky Dog the better.

Having a FastPass for Alien Swirling Saucer is great, but you’ll have to get there. So you’ll probably need to watch the app, listen to Cast Members and see how long the line is to get into Toy Story Land if you’re not already there. It’s not going to be the normal walk right onto the ride kind of day.

I don’t think sleeping in is a good plan on June 30, if you want to be in Hollywood Studios. Get up and get to the park. The later you arrive the CRAZIER the crowds.

Remember Dad’s Rule #1 for conquering Disney World Crowds. GET TO THE PARKS EARLY!