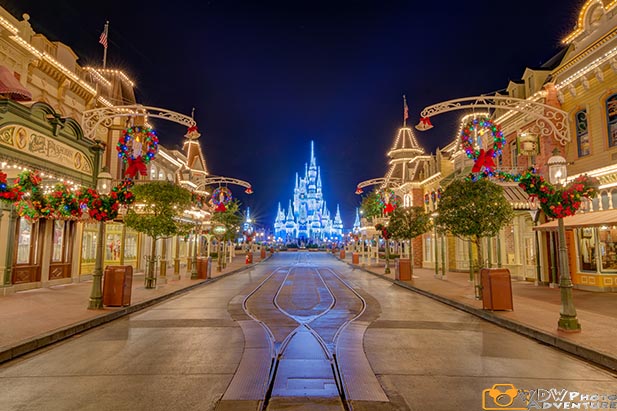 I have to agree with you, I noticed this last year when I was there for Christmas. The Christmas decorations for the Magic Kingdom are only on Main Street, there are not any back part of the park. Yeah, there aren’t any Christmas decorations in Frontierland, there aren’t any in Tomorrowland, it used to be the whole park was all dressed up. Not anymore. And it’s not just the Magic Kingdom. At Disney’s Hollywood Studios, you don’t have the Osborne lights anymore. They’ve moved the Christmas Tree that was outside the park and put it inside. It’s cool inside, but it just doesn’t seem as Christmas-y. In Animal Kingdom, several years ago they took away the Jingle Jungle Parade. That was a pretty cool parade. Yes, it was a couple of years before they did away with the parade altogether. Even EPCOT, the home of Christmas at Disney World, it just didn’t seem to have as much Christmas in it as it used to.

It’s all about the money

Why is it happening? It’s a money I’m sure number one, it’s a money thing. Disney is money grubbing, so they can spend $52 billion to buy Fox for some unknown reason. It’s a money thing, and I think it’s also a little bit of the culture. It’s kind of Christmas is not as in vogue as it was a few years ago, so there’s a little bit of a cultural thing. Maybe not, I could be wrong on that, but I know Disney kind of thinks along those lines.

The bottom line is, you’re right, Disney is not as Christmas-y as it used to be, and that’s kind of sad.