Last year a Cast Member informed me that my Fast Pass tickets are always good as long as I used them after the listed start time and on the same day. This actually worked in ALL the parks last year. This year the Cast Member said they were following the Fast Past Policy again and it “unofficially” changed in March. My question is…. How do you know when Disney decides to change and follow rules that they themselves seem to bend? Thanks. 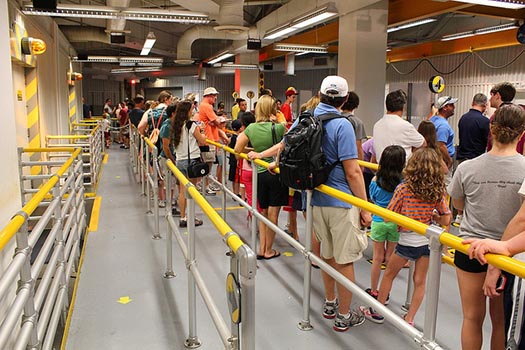 Dad’s Their Park, Their Rules Answer

For as long as FASTPASSES have been around, Disney has had the rule that you needed to return during your allotted window of time in order to use the pass. Over the years, many cast members have followed an unofficial policy of letting guests use expired passes on the same day they were issued. But recently the tides have turned and the rule is being strictly enforced. What can I say? Their park, their rules.

Many guests are upset by the apparently sudden change of heart that Disney has had about enforcing their FASTPASS Policy. There is an outcry that it’s unfair for Disney to start following their own rules. While I can understand that this change may be frustrating, all we can hope for is that this will help both FASTPASS and standby lines move more efficiently, increasing rides-per-day for all guests!

So why now? No official answer has been given about why the attitude about FASTPASS return times has shifted. Maybe too many people were taking advantage of the leniency, creating FASTPASS bottlenecks. Maybe it’s part of the strategy to get guests on more rides per day. Maybe it has something to do with New Fantasyland or FASTPASS+ (in testing phases now).

Now, when you get a FASTPASS, be sure to use it within your allotted time. If you forget or don’t make it back to the attraction in time, you can always keep the pass as a souvenir for your scrapbook. This also means that when you’re getting a FASTPASS you should look at the time and consider whether it fits into your PLAN to help determine if it’s worth it to get a pass for that particular ride or show.

There’s really no way to know when Disney decides to change their internal policies until they make a public announcement about them. Dad does his best to keep his readers up-to-date, so make sure your visit the blog often to keep up with the most recent news!

Cathie, Walt Disney World is ever evolving and as guests we just need to be flexible, follow the rules, and trust that the folks at Disney have all their guests’ safety and satisfaction at the heart of every change they make.