When do the Christmas decorations go up at Walt Disney World? November 1st, 5th the 10th? I would love to visit then. 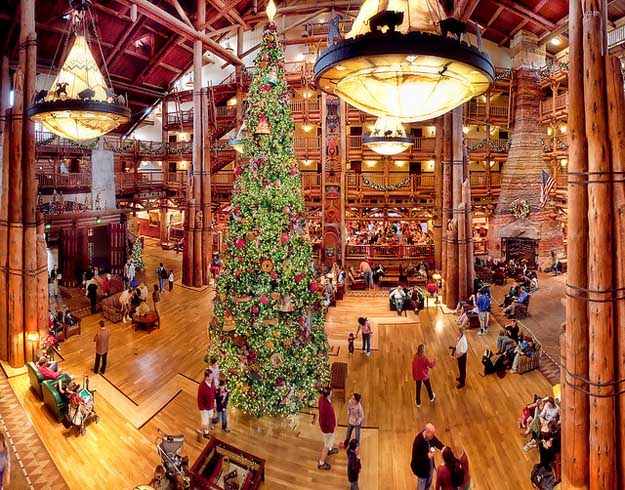 Dad’s they magically appear on … Answer

It’s amazing what happens almost overnight at Walt Disney World at Christmas time. Years ago, it literally did happen overnight. It used to be that the Christmas Decorations at Disney World went up on the day after Thanksgiving. Magically, overnight.

Now days, Christmas at Disney World starts the first week of November. Usually by the 3rd of 4th all of the Christmas decorations are up around the resort. Mickey’s Very Merry Christmas Party will start around the 8th. It varies a bit from year to year.

The are only a couple of things that come later. The Candlelight Processional still follows the old tradition and starts the day after Thanksgiving (it also ends on the 30th of December before all the decorations are taken down). The Christmas tree in the Magic Kingdom will not go up until after the taping of the Christmas Parade the first weekend in December.

The decorations stay up through the first Saturday in January. On Sunday, they will be gone. Magic. (We went to Disney Hollywood Studios on the first Sunday in January one year and they had not only taken down the Christmas decorations, but they had changed all they changed the name of the park and all the signs too.)

Christmas at Disney World is the best time of year to visit. You could go the last days of October and see both Halloween and Christmas and watch the Magic happen.