Do you know when they put all the Christmas Decorations out? Are they out by mid November? We were looking at going the week of Nov. 12, but wanted to make sure the lights would be up by then. Thanks!! 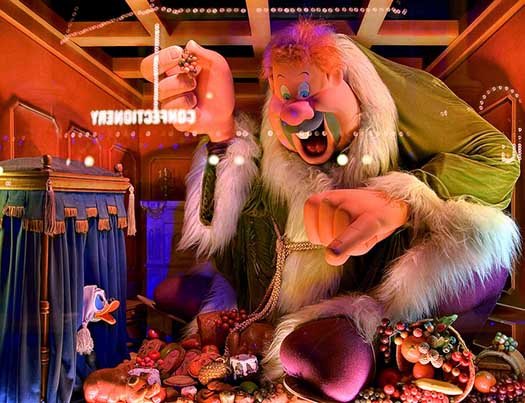 Boy oh boy are you in for a treat! Dad loves Christmas at Walt Disney World, from the first poinsettias planted in the garden beds to the last twinkle lights hung from Main Street USA, it’s the most magical time of the year at the most magical place on Earth! By Christmas Day the parks are busting at the seams with decorations, but it takes time to get them all up! Even though decorating for the holidays starts immediately after Halloween, it’s not complete until the first week of December!

In addition to the sheer number of decorations to be installed, there is another reason you won’t see all of the decorations up before the beginning of December: the taping of the Christmas Day Parade, which is filmed on the first weekend of December. The Magic Kingdom’s huge tree can’t be installed until after the taping because it would obstruct the camera’s view of the parade!

Here’s the scoop. Most of the Christmas decorations magically appear the first week of November. The only things that you will miss is the Magic Kingdom Christmas Tree and the Candlelight Processional (it starts the Friday after Thanksgiving).

That’s right – you’ll be able to enjoy lots of decorations at the parks and hotels (it’s fun to watch new ones go up each day!), the big trees will be installed at Animal Kingdom, EPCOT, and Disney Hollywood Studios, Christmas treats and merchandise will be available for your family, and you’ll even be able to see Cinderella Castle all aglow with hundreds of thousands of Castle Dream Lights. 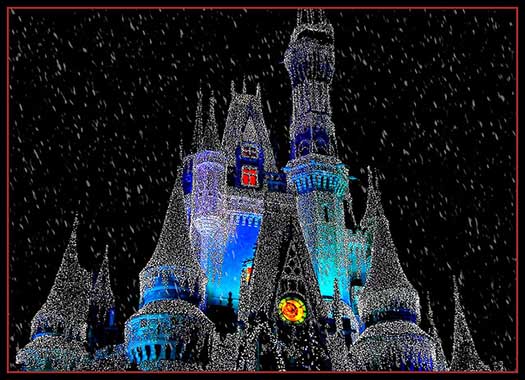 Cinderella Castle all lit up Photo by Harpersbizzare

Looking for the ultimate holiday experience? You can attend Mickey’s Very Merry Christmas Party, a special ticket event where you’ll be able to see Mickey’s Once Upon a Christmas Time Parade, Holiday Wishes, and many shows not regularly performed until December. You can participate in character dance parties and meet-and-greets, indulge in free cookies and cocoa, and enjoy attractions! Plus, it snows on Main Street USA – what could be merrier?

If lights are your thing, you’ll see plenty! In addition to Cinderella Castle and the twinkle lights that feature around the parks, make sure you head over to Disney Hollywood Studios for the Osborne Family Spectacle of Lights – you’ve never seen anything like it!

Jason, you’ve picked a great time to take a trip to Walt Disney World – the crowds will be low, the parks will be decked with decorations, and you’ll be able to treat your family to the magic of the season. Have a great trip!