Hi Dad, We are thinking of taking off for Disney World for Mother’s Day weekend this May. Your crowd calendar says mostly green and blue for those days, yay! My question is, I have heard the new Frozen Ever After ride in EPCOT is supposed to open on May 1, and I have a six year old daughter who would be over the moon to get to ride it! Do you know if they will have fastpass+ available for it, and will they offer the fastpass for booking before the ride is actually open? One of the reasons we are waiting until May is so that this ride will be open, but if the lines are anything like the character meet and greet for Frozen characters in Magic Kingdom, then we just can’t do that. I have a three year old son as well and the thought of three hours in line with him is just impossible. Thanks for any insight you can offer! 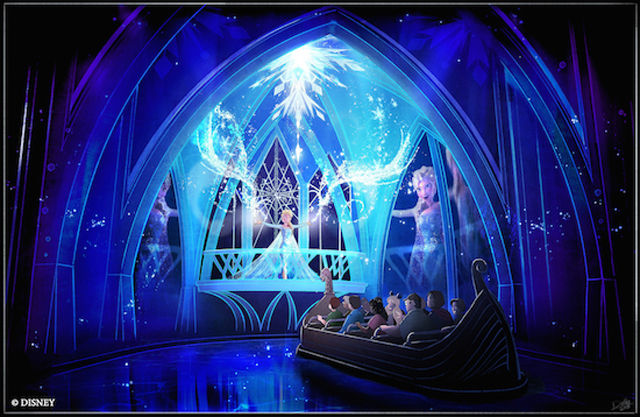 Dad’s Cart Before the Reindeer Answer

Jamie, I know it can be stressful to wait for new attractions, especially when they are from your kid’s favorite movies. And it’s always good to plan ahead for your “must do” experiences. But there’s been no official announcement from Disney on an opening date for Frozen Ever After, so I’ll caution you not to put the cart before the… reindeer.

A May 1, 2016 is a rumor Dad has heard too, but I don’t take anything for certain ti’ll I hear it from the Mouse’s mouth. Remember that Frozen Ever After (replacing Malestrom in EPCOT’s Norway Pavilion) is only one part of the expansion. There will also be a Royal Summerhaus meet and greet with Anna and Elsa, an Olaf meet and greet, and I can only assume – a gift shop or two.

The opening is going to draw HUGE crowds (and not just for the “opening” but likely for many months after. With the EPCOT International Flower and Garden Festival happening through May, I can’t see them opening something that will result in unmanageable crowds to create a bottleneck in the middle of the festival. Dad thinks they’ll wait until just after the festival ends to do a huge grand re-opening of Norway.

But Dad’s been wrong before. Not often, but it happens. 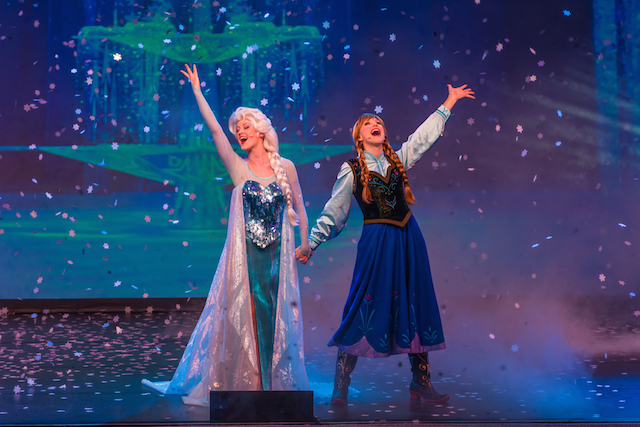 If Frozen Ever After is open by the time you take your trip, I’d be willing to guess that FastPass+ won’t be available for at least the first few weeks (this makes sense, in case any technical glitches need to be worked out and the ride closes for a few hours). They are very unlikely to offer FastPass+ reservations before the official opening. But keep an eye out on the My Disney Experience app just in case!

If it is open and FastPass+ isn’t an option –the lines will be LONG. Just as long and maybe longer than the meet and greet lines at peak times. If your daughter REALLY wants to ride and wait for hours, consider letting your son have fun for a few hours with another adult in the party or leave him at the Beach Club’s childcare centre (the Sandcastle Club) for a few hours.

Now, even if Frozen Ever After is not open, you have some options. First, is that there may be “soft opening” chances to ride, particularly during Extra Magic Hours (we saw this with the Seven Dwarfs Mine Train in 2014). And, you can always meet Anna and Elsa at the Magic kingdom (do get a FastPass+ reservation though as the line remains long!).

Whether the new Frozen attractions at the Norway Pavilion are open or not, you’ve chosen a great time of year to visit . Low crowds, great weather, and lots of fun at the EPCOT International Flower and Garden Festival. You’ll have a great time either way, trust me.

Heath, while Dad isn’t too optimistic about this one, at WDW dreams really do come true. So wish upon a star that Frozen Ever After will make its debut in time for your trip… but don’t count on it.