This is from Suzanne in Alabama. She asked, “When do you believe Disney will release October 2017 specials?”

Well, Suzanne, I can tell you when they have the past few years and I can also tell you you’re going to … You’re probably, well, I’ll get to that in a minute… 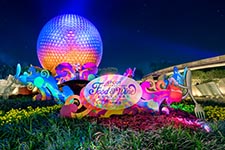 All right, so Disney typically, several years in a row, has done their fall discounts at the end of April. Last year I believe it was April 25th. It’s usually free dining. Free dining is usually the big fall discount. In fact, it’s the biggest discount of the year. Disney gets more traffic at the end of April, when they release the fall discounts, than in any other time of year. In fact free dining, if they release free dining, that discount will actually take Disney’s phones and their website and everything down. It’s been a mess. Couple of years ago I wrote a big blog about the mess that happened with free dining.

Will free dining happen this year in the fall? I don’t know, it’s kind of a close thing. Last year was the sixth year for it. I’ve been saying Disney’s free dining is dead for six years, since the second year it came around, the third year it came around. Will it come around this year? My guess is yeah, they’ll still do it again this year. But, again, last year it got a little more restricted. You had to buy a Park Hopper passes, and a lot of the fall was blacked out. You couldn’t get it. There were blackout dates all through the fall. In fact, almost all of October was blacked out. October 1st and 2nd were available, but none of the other dates in October. You couldn’t book free dining from October 3rd through the rest of the month.

October has become one of Disney’s busiest months. You can look at our crowds page, our October Disney World crowds page and see. Used to, we all as a crowd follower, October was a great time to go. It was the Food and Wine Festival. It was a good time to go. Now, it’s busier sometimes in October than it is in the summer. In fact, last year Disney did not have any discounts in October but they had discounts in the summer. So will you see discounts in October? My guess is probably not, but who am I? What do I know? You didn’t see them last year. You saw limited ones the year before.

My guess is probably Disney has been moving people from the summers into the fall. They’ve been pretty successful at that. I think you’ll see that again this year, so I don’t think you’ll see discounts in October. I would highly suggest you go to our partners Destinations to Travel, link’s already down in the comments below. Give them a shout. Fill out their form, get in touch with one of their agents, and they’ll help you find the best prices and trip you can possibly get. They’ll show you how to save some money. I work with them all the time. They’ll be glad to help.

Discounts for October? If they’re going to be any, they will come out in late April. You can pretty much circle that timeframe on your calendar. I’ll be talking a lot about it. I’ll probably have a wait-list ready to go for it, so you’ll be all set up. Just keep watching the site, keep looking at the newsletter. We’ll keep you updated and let you know about the discounts for the fall time, for the October time. Will there be discounts in October? I kind of doubt it, but you never know. Disney’s surprised us before.