Hi Dad! I found your page to be extremely helpful and it certainly provided me with “inside data” I was not aware of since I live all the way down (Argentina) and I´m planning this trip all by myself! (my beau is not AS ecstatic as I am, lol). Well, down to business: Unfortunately, I´m visiting Disney when it is not advisable to do so but they were the only available days for us (March 23-28). So, my question is: Which are the 3 parks you´d visit? I paraphrase it, which would be the park you´d leave out if you had no other chance? My idea is to go 3 days to Disney and 2 days to Universal Studios.

Thanks for your response Dad! I appreciate it! 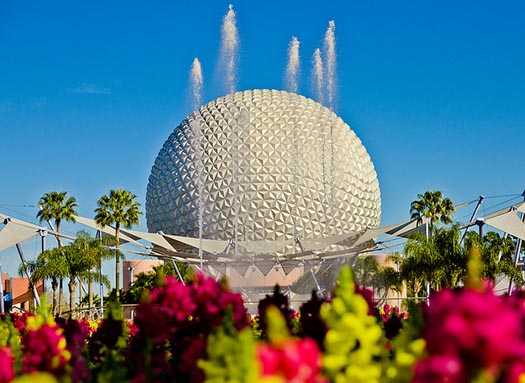 Believe it or not, this is something Dad has spent a fair amount of time thinking about. It used to be easier back in the day when there was just the one park to go to – no decisions necessary! Now with so many options to choose from, it’s a tough call, and it really depends on where your interests lie. Each park has it’s pros and cons, so let’s take a look to help you decide.

I know I just said that we’d look at pros and cons, but I have to be honest, there’s one park that is 100% pro – the Magic Kingdom. This is the one park you cannot, must not miss! Nothing is more magical – this park is the ultimate Disney experience. With the most attractions, lots of characters, great shows, and fun food this is Dad’s favorite park, hands down.

Dad loves EPCOT too. It’s got a few thrill rides and a bunch of attractions and shows that teach you about science, the planet, engineering, and world cultures. It’s got the best food in all of Walt Disney World and is definitely the most grown up park. But, it’s the largest park, which makes it touch to get through in one day – and requires you to have a top-notch PLAN if you want to see as much as you can.

In March, you’ll also be able to enjoy the EPCOT International Flower and Garden Festival. The park will be adorned with beautiful topiaries and examples of horticulture from across the globe – plus HGTV will host seminars and special events. This could be a pro if you’re interested in seeing something unique and a con if you’re desperate to avoid crowds – this park will be a bit busier because of the Festival.

Moving on to Animal Kingdom: this park is really wild! The animals are incredible to see and the themeing is impeccable – you really feel like you’re transported to jungles and safaris around the globe! This park has some great attractions and incredible shows, but it closes earliest and you probably won’t need a whole day to finish it. That could work to your advantage though – you can spend your evening checking out Downtown Disney.

If EPCOT is for grownups, Disney Hollywood Studios is for teens. This is a whole park based on movies, many of which are from Disney’s licensed properties and subsidiary brands. There’s lots of action here from Rock ‘n Roller Coster and Tower of Terror, to Star Tours: The Adventure Continues and The Indiana Jones Epic Stunt Spectacular, to Toy Story Midway Mania. Lots of thrills, and lots of shows. If that’s your thing, go for it!

It’s really hard to say which park to leave out without knowing your personal taste, but since you’re planning 2 days at Universal (don’t worry – I won’t tell Uncle Walt!) I’d say skip Disney Hollywood Studios, it’s the most similar to that other park.

One alternative would be to do both Disney Hollywood Studios and Animal Kingdom in the same day. Here’s how to do it. First, add the park hopper option to your passes. (It’s a bit of extra money, but worth it if you decide to go this way.) Then pick a day when Animal Kingdom has early Extra Magic Hours. Go to Animal Kingdom when it opens for (typically at 8 am) early Extra Magic Hours. Go directly to the Safari then to Expedition Everest. From there see the Nemo show, ride Dinosaur then go see It’s Tough to Be a Bug and the Lion King show.

After that grab the bus over to Disney Hollywood Studios. This is going to be tough because you are behind the crowds. Go directly to Rock ‘n’ Roller Coaster and get a FASTPASS. Ride Tower of Terror and run over to Star Tours. One thing you will miss is Toy Story Mania. That line will be way too long. Spend the rest of the day checking out the shows. Finally go to Fantasmic! (You’ll have to line up about an hour before the show starts.)

It will be an exhausting day, but well worth it.

Maria, All of these parks are really something special, so like I said, it’s a tough call. Make sure to see the Magic Kingdom and the rest is gravy. With a little work you can see all 4.