“We are heading to Disney on November 16 (yay!!!) with our 8 and 10 year old daughters. We are doing Mickey’s Christmas party that night. Then we only have 2 days for the parks because we are going on the Disney Cruise on Monday (🤗).

I checked out your crowd calendar and it looks like Saturday might be a moderate day and Sunday a heavy day. Which parks do you recommend for each day? We have the park hopper.

Hollywood Studios is a must because we’d like to do Toy Story Land at some point. We know we won’t be able to see and do everything like we did 2 years ago so we are trying to be a little more relaxed this trip. Thank you so much in advance.” 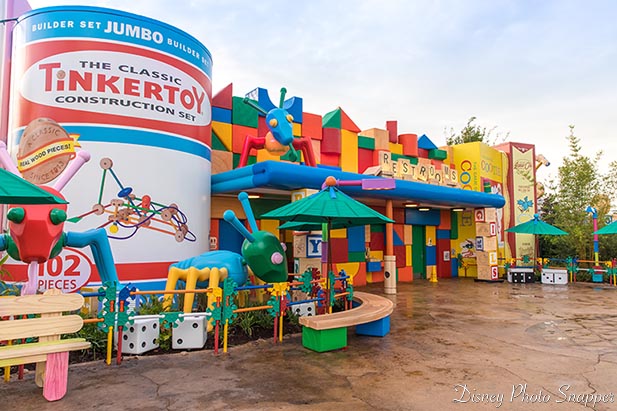 On Sunday Morning my guess is the park will be pretty empty until noonish. You should be able to get a lot done before the crowds arrive.

Kim, one of our writers last week (early August) and her family did Extra Magic Hours at DHS. Here’s what she said “I was on Slinky Dog by 7am, Alien Swirling Saucers, Toy Story Mania, Rock ‘n Roller 3x, Tower of Terror 2x, signed the kids up for Jedi Training, and I’m headed to Star Tours all before 9 am with no FastPass”.

That’s 8 attractions and signing up for Jedi Training in 2 hours on a busy day. Yes, early Extra Magic Hours was an hour earlier, but I think you can see similar results.

Yeah, that doesn’t sound all that relaxed, but get a bunch do early and you can go relax all you want for the rest of the day.

Maybe, sometime in the afternoon, take a boat ride over to EPCOT and enjoy a little Festival of the Holidays.

Dad’s Festival of the Holidays in EPCOT page

Saturday is morning Extra Magic Hour day at Animal Kingdom. Here’s another great opportunity. I’d head over to Animal Kingdom. Hit the top rides I want to experience early and then hop over to the Magic Kingdom for the rest of the day.

A little bonus is it’s Dapper Day in both parks that day. That can be kind of cool.

Melissa, the bottom line is you get to the parks early (use those Extra Magic Hours), have a plan, it doesn’t really matter which park you do. I think you can do a great “highlights” trip before your cruise. Sounds like a wonderful vacation.