Jessica in Williamsville New York says, Santa is bringing my 12 year old son and my nine year old daughter magic bands for two days at Disney World. They’ve never been to EPCOT, Hollywood Studios, or Animal Kingdom. We can choose to visit February 20th, 21st, 22nd, and since that’s President’s Day we want to avoid the park offering the extra magic hours.

My question is what two parks would you recommend for a tween boy and girl? I was thinking EPCOT and Hollywood Studios, but I’m worried that they still might be a little young to fully appreciate EPCOT. Hollywood Studios seems to have more shows then rides, and they may prefer rides, but it is Presidents week I do not want to spend my whole day waiting in lines. I’ve read through one day plans for tweens, and a case can be made for any of the parks. What’s your opinion? 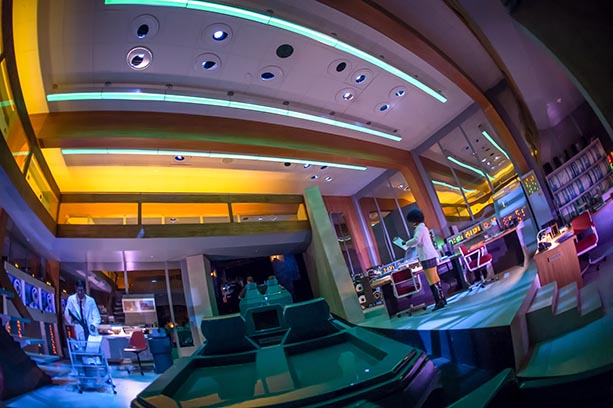 Okay. Let’s just think about this for a second. Jessica, it’s a hard question to answer. Number one I don’t know your children. That’s the main thing, that’s the hard thing to answer. You’ve kind of given me a hint into what they like, but the number one thing is you know what your kids would like. Make your choice based on what you think they would like.

The rides in EPCOT are pretty cool. If they’re Frozen, if your daughter is a Frozen person you may have to go to EPCOT and see the new Frozen exhibit. Mission Space, Test Track,The Land, Crush, all of those things. Great rides in EPCOT.

I think it’s one of those, it’s very personal. Now before you go kind of crazy on which day to go to what park, the crowds are going to be really big, go over there and look at TouringPlans. I know it costs a little to subscribe, if you to our TouringPlans page Stephanie will throw a link in down below.

I looked just a little while ago, really surprised me how low the crowd predictions are for Presidents Day week. You can kind of see which day is the best to go to which park.

The bottom line, Dad’s bottom line, go over and check touring plans, pick your parks a little bit based on what’s the best park for the best day. Don’t obsess about the crowds. Crowds are part of it. Get to the parks early, ride the busy rides first, enjoy the rest of the day. Use fast pass plus. Basic, basic how to deal with crowds, and you don’t have any problems.

Number one is pick the parks that your kids are going to enjoy the most. You’re there to create the memories, that’s what’s important. It’s not so much the crowds. The crowds are going to be there, don’t worry to much about them. The crowd levels aren’t that big a difference. Just be sure to do the three things. Get to the parks early, ride the busy rides first, use fast pass plus.