I gotta tell you, Dad is not happy. I think it’s time for Dad to go on another rampage about some of the new changes at WDW. 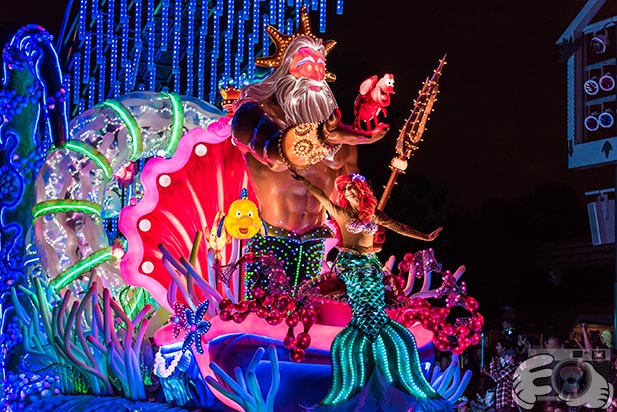 Bob, Bob, Jill, George, Kevin or anyone else on the Leadership Team for Walt Disney World, you need to STOP and LISTEN to Dad. I know you’ve listened to Dad before. It’s time to do it again. Remember the wheat bun debacle or the 2015 Free Dining disaster? I was right about those and I’m right about this. So sit back and in the words of Jiminy Cricket, “give a little listen.” Oh, that’s right he said whistle, but you need to LISTEN.

This year has not been a good one for Walt Disney World and especially for us WDW fans. The news we hear out of Lake Buena Vista has us all very nervous.

Let’s start with tickets. The announcement about the UNBELIEVABLY big price increases on tickets and especially Annual Passes was a shock and really hard to swallow. Pair that up with the hotel price increases all I can say is it’s crazy.

Shockingly, he says sarcastically, crowds are way down this summer.

And judging from the 2017 Bounceback offers, you’re expecting crowds to be down again next summer. I wonder why?

Whose idea was the new ticket pricing thing? Do they still work there? Why?

Not quite working is it?

And then there’s the Animal Kingdom fall schedule. What’s going on? Everyone is dying to know if the park is going to be open after dark this fall. I get that question a couple of times every week. What am I supposed to say?

This makes me very nervous for Pandora – The World of Avatar. If you can’t get the proven technology behind Rivers of Light to work, how are you going to get all the new technologies for Pandora to work? Maybe you should take some of those Imagineers you laid off from Shanghai and put them to work in Florida.

Which brings up another point. You are entering a big building phase in Florida, but you’re laying off 25% of the Imagineering staff? What’s up with that?

Whose idea was that? Do they still work there? Why?

Back to the new changes at WDW.

We keep hearing about Cast Member layoffs, about cutbacks in programs, about cost cutting measures in the restaurants, at the hotels, in the parks. Some of them I take with a grain of salt, but come on. It’s starting to be hard to ignore.

In your earnings report you called this downsizing maximizing efficiencies. Bunk.

The lack of Cast Members to do basic crowd control during the parades and fireworks is becoming noticeable. The lack of staff in the hotels and restaurants is really showing. The general mood of Cast Members is not good. Yes, they put on a smile and do a great job, but the grumbling behind the scenes is out of control.

Whose idea was that? Do they still work there? Why?

This week you finally roll out the Holiday room only promotion. Yeah. It’s about time. The details were kind of disappointing. Only 20% tops? 10% on Value Resorts? That’s not very exciting. I guess it really didn’t matter since there was absolutely no rooms available.

Yes, it sounds good, we ran a Holiday promotion that makes everyone happy. Everyone except all the people that have been waiting to book and save money for the fall. All they hear is no rooms available. Sorry. Pretty bad PR if you ask me. (I know, you didn’t. But you should.)

Again I ask, whose idea was this? Do they still work there? Why?

What? Three hours after you announce MSEP is moving, you announce Holiday hours for Paint the Night at Disneyland? That’s nuts. You are leaving your biggest park without a nighttime parade? Is that correct? I hope you have something up your sleeves.

Yes, I know, you’ve got the Boo to You Parade and the Once Upon a Christmas Time Parade, but those are only for the Halloween and Christmas Parties. Or are they? Is that what you are going to use for the rest of the year? That would be disappointing.

Who’s making these decisions? Goofy? They sound pretty goofy to me. (No offense Goofy. It was a play on words.)

I know, you’ll point to the earnings report that came out Tuesday and say everything is hunky dory. Yeah, that might be true, but that’s not the feeling we get out here in flyover country.

Maybe I’m just in a bad mood because of the hot days we’ve had here in Oklahoma the last few weeks. I know there is a lot to be excited with the new changes at WDW. Disney Springs is incredible. Frozen Ever After opened on time. The Toy Story Mania and Soarin’ expansions are done (If you could just get the movie at Soarin’ fixed.) Lots of good things have happened. I get that.

But that doesn’t fix the bad taste that’s been left in our mouths by the price increases and all the unrest in the Cast Member community. Trust me. All the good will you garnered with the new changes at WDW announcements you blew with the price increases, especially the Annual Passes.

Right now, we don’t trust you very much. Like I said, Whose idea was it? Do they still work there? Why?