“Hello. I am getting married in a small, private ceremony, but I’m going with my husband, kids, and parents to the Fireworks Dessert Party at the Magic Kingdom. Will one of these dresses be OK at the Magic Kingdom? (She sent pictures but I’m not able to publish them.) I’m not planning on wearing a formal gown, but these are some of the styles I really like. Will these pass, or will I be asked not to wear them because it’s against the dress code?” 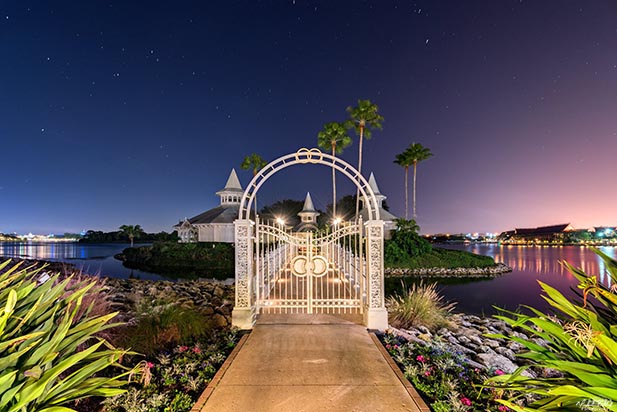 You could get married here

The dresses … I’m glad you sent this question in. I got a dress code question a couple of weeks ago, a dress question, “Will this dress …” It was the same question, basically. “Will this dress fit? Will I be allowed in?” And Mrs. Mom tells me I whiffed on the answer. She said I didn’t do a very good job.

So she says I didn’t do a great job with that answer, because I didn’t look at the dress code. I didn’t put the link in. I didn’t talk about the actual dress code from Disney, so let’s just do that now. I just happened to print it out. So, here is the dress code, right off the Disney website.

And none of those things describe the dress you’re going to wear. It’s not … and I won’t say it’s normal, but a lot of people will dress very nicely when they go to Disney World. Let’s say you want to go to Monsieur Paul and eat a fabulous meal. You might dress up really nice. I’ve seen people going to Cinderella’s Royal Table being dressed very nicely. While it’s not … well, it may be an everyday occurrence, but not everybody’s dressed in formal dress.

Disneybounding is another thing where people dress up, so people do dress nicely. During the Food and Wine Festival there is a party called Party for the Senses that requires. 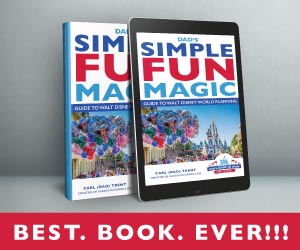 So people go to Disney World in formal attire all the time. I will warn you not to bring an obvious photographer with you. Disney is really big on not having engagement pictures and … Well, they don’t … It’s against their rules for photographers to take professional, for money photographs in the parks. So just be careful about bringing your photographer.

Your dresses look fine and are well within the Disney dress code and it will be OK at the Magic Kingdom. Congratulations on getting married and being at Disney World.