“I’m wondering if the Haunted Mansion will be decorated for the Nightmare Before Christmas when we are there. Haunted Mansion is my favorite attraction and I’m hoping it stays the same during Halloween season, but I would be pleasantly surprised if it did get an remake like it does at Disneyland.” 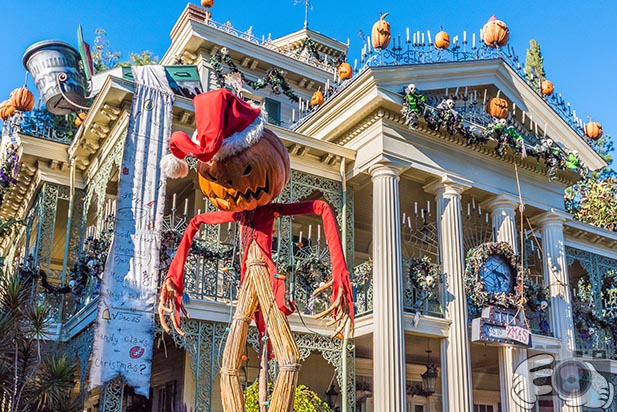 Danielle, it’s a good question. The Simple answer is no. They don’t change the Haunted Mansion at Halloween at Walt Disney World.

I know Disneyland does change their Haunted Mansion to the Nightmare Before Christmas. Jack Skellington, Sally, all of that is at Disneyland, but not at Walt Disney World.

I love Mickey’s Not So Scary Halloween Party. I love seeing everybody dressed up in costume, trick-or-treating on Main Street. The parade, the fireworks,

The bottom line is no, you’ll be happy, the Haunted Mansion will NOT be the Nightmare Before Christmas Haunted Mansion during Halloween, but you will probably be able to see Jack and Sally.