“Heading to Walt Disney World with a teenage granddaughter who will be 15. She found a dress that she would like to wear in the parks. It’s a prom dress inspired by live action Cinderella. It is blue, full length, long skirt, and a fitted top. Will she be allowed to wear this?” 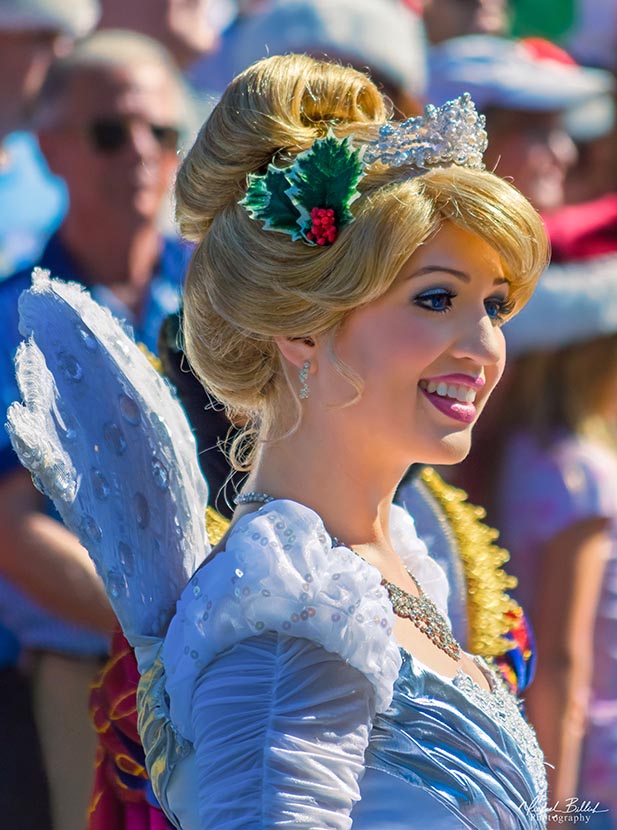 Now, your granddaughter isn’t blond, so that helps, but I think, if you got in, some cast member would probably point it out to management and … It might work, there’s a 2% chance, well, there’s probably more than a 2% chance. There’s a slight chance that it would be okay, but my guess is, and you probably don’t want to go through the hassle of them saying, “Hey, you have to leave the park.” You probably don’t want to go through that hassle. I would suggest that you don’t event try.

If she was a little younger, then it’s okay, ages 13 and under can sometimes get away with it. But she’s 15, so I would just suggest that you don’t even try. There’s some other rules about layered skirts that it, for security purposes, and so full length layered skirts are against the rules. I just wouldn’t do it. Sorry, I know it’s beautiful, but it’s just not something that is, you can wear in the parks.

The bottom line is, it’s just not going to work, it’s just something you can’t wear in the parks, according to Disney’s rules.